Iku is a tomboy with short brown hair and grey eyes, and a slender but fit build. She is typically seen in her baseball uniform.

Iku loves baseball, to the point of spending hours recruiting for her team when it's on the verge of being disbanded. She is determined to do her best no matter what; because of this she's described as the embodiment of "stoicism" by Rentarou.

Iku is also wildly masochistic, going so far as to train for hours until her body is in agony so she can enjoy the pain.

Iku is the only remaining member of the Girls' Baseball Club. The team used to be full, until the other eight members decided to study baseball in America and left Iku behind. She continued to hold her place in the club until it was on the verge of disbandment, at which point she began tirelessly recruiting new members, to no avail.

She met Rentarou at this point, when he passed by her after school and unintentionally met her eyes. Like the other girlfriends, Iku fell in love immediately, and attempted to recruit him into the club. However, he had to decline due to being a boy.

Rentarou helps Iku with demonstrations for the recruitment, until both of them are worn out. The following day, Iku sees Rentarou in the hall, holding Nano's hand. She is momentarily heartbroken, but still confesses to Rentarou that afternoon. Rentarou initially rejects her, but it's only a ruse to give her the pain he can tell she's after. Iku finds the pain of heartbreak to be enjoyable; Rentarou, however, hurts himself from rejecting her, and quickly tells the truth that he was lying. He introduces Iku to the other girlfriends immediately, and she is brought into the family.

Iku is capable of training for hours on end, even going so far as to train all night long until school begins the next day. She's able to do over 101,000 bat swings without collapsing, for better or for worse, though this may be because of her love of pain. 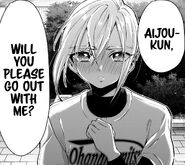 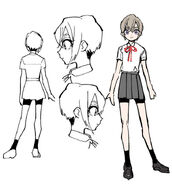 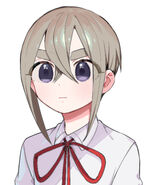